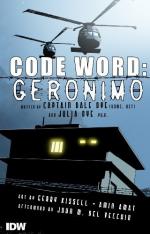 Get Geronimo from Amazon.com
View the Study Pack

This Biography consists of approximately 2 pages of information about the life of Geronimo.

Encyclopedia of World Biography on Geronimo

The career of Apache warrior Geronimo (1829-1909) was symbolic of the struggle for a Native American way of life in conflict with that of the advancing American frontiersmen.

Geronimo was born in No-doyohn Canyon in Arizona in June 1829. As he grew to manhood, he was apparently indolent, for he was called Goyakla, "He Who Yawns." In 1858 his mother, wife, and three children were killed by Mexican bounty hunters, seeking scalps. "I could not call back my loved ones, I could not bring back the dead Apaches, but I could rejoice in ... revenge," he later declared. During the next 15 years he rose steadily as a war leader among the Apaches. Apache agent John Clum, who arrested Geronimo in 1877, described him as "erect as a mountain pine, while every outline of his symmetrical form indicated strength and endurance. His abundant ebony locks draped his ample shoulders, his stern features, his keen piercing eye, and his proud and graceful posture combined to create in him the model of an Apache war-chief."

Forced onto the reservation at San Carlos in Arizona, Geronimo was a minor leader in the 1881 Apache outbreak. Gen. George Crook pursued the Apaches and forced them to return. In 1885 they fled San Carlos again, angry at being cheated on their rations and unhappy with rules which forbade many of their tribal customs; Geronimo led the renegades. Pursued by American and Mexican troops, the Apaches nevertheless conducted numerous raids on both sides of the international boundary. In 1886 they met to discuss surrender terms but reneged and escaped again.

For 4 months these 39 renegades were pursued by 5,000 American soldiers, an equal number of Mexican troops, plus many bounty hunters, but they never were forced into battle. In September, Geronimo agreed to surrender to Gen. Nelson A. Miles on the condition that after 2 years' imprisonment he would be returned to Arizona. President Grover Cleveland ignored these terms, however. Geronimo and his followers were imprisoned at Ft. Pickens, Fla. In 1894, moved to Ft. Sill in Oklahoma, they were interred as prisoners of war, although allowed to prosper as farmers.

Geronimo later toured with a "Wild West" show, was an "attraction" at the Omaha and Buffalo expositions, and was exhibited at the St. Louis World's Fair (1904). He died at Ft. Sill in 1909, still a prisoner of war.

More summaries and resources for teaching or studying Geronimo.

Geronimo from Gale. ©2005-2006 Thomson Gale, a part of the Thomson Corporation. All rights reserved.