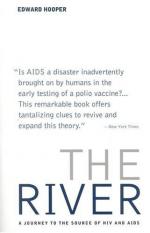 Get Flossie Wong-Staal from Amazon.com
View the Study Pack

This Biography consists of approximately 2 pages of information about the life of Flossie Wong-Staal.

World of Microbiology and Immunology on Flossie Wong-Staal

Although Flossie Wong-Staal is considered one of the world's top experts in viruses and a codiscoverer of the human immunodeficiency virus (HIV) that causes AIDS, her interest in science did not come naturally.

Born as Yee Ching Wong in communist mainland China, she fled with her family in 1952 to Hong Kong, where she entered an all-girls Catholic school. When students there achieved high grades, they were steered into scientific studies. The young Wong had excellent marks, but initially had no plans of becoming a scientist. Against her expectations, she gradually became enamored with science. Another significant result of attending the private school was the changing of her name. The school encouraged Wong to adopt an English name. Her father, who did not speak English, chose the name Flossie from newspaper accounts of Typhoon Flossie, which had struck Hong Kong the previous week.

During postgraduate work at the university's San Diego campus in 1971 and 1972, Wong married and added Staal to her name. The marriage eventually ended in divorce. In 1973, Wong-Staal moved to Bethesda, Maryland, where she worked at the National Cancer Institute (NCI) with AIDS pioneer Robert Gallo, studying retroviruses, the mysterious family of viruses to which HIV belongs. Searching for a cause for the newly discovered AIDS epidemic, Gallo, Wong-Staal, and other NCI colleagues identified HIV in 1983, simultaneously with a French researcher. In 1985, Wong-Stall was responsible for the first cloning of HIV. Her efforts also led to the first genetic mapping of the virus, allowing eventual development of tests that screen patients and donated blood for HIV.

In 1990, the Institute for Scientific Information declared Wong-Staal as the top woman scientist of the previous decade. That same year, Wong-Staal returned to the University of California at San Diego to continue her AIDS research. Four years later, the university created a new Center for AIDS Research; Wong-Staal became its chairman. There, she works to find both vaccines against HIV and a cure for AIDS, using the new technology of gene therapy.

More summaries and resources for teaching or studying Flossie Wong-Staal.

Flossie Wong-Staal from Gale. ©2005-2006 Thomson Gale, a part of the Thomson Corporation. All rights reserved.