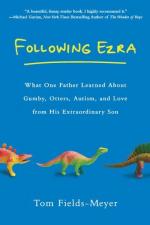 Get Ezra from Amazon.com
View the Study Pack

This Biography consists of approximately 2 pages of information about the life of Ezra.

Encyclopedia of World Biography on Ezra

The son of Seraiah, Ezra was a descendant of the ancient priestly house of Zadok. In 458 B.C., the seventh year of the reign of King Artaxerxes of Persia, Ezra obtained the King's permission to visit Judea, bearing with him the latter's gifts for the Holy Temple. The primary purpose of his mission, however, was to inquire into the deteriorating religious conditions of the Jewish community in Judea.

Ezra came at the head of a caravan of about 1,800 men, not including their women and children. They made the 4-month journey from Babylon without the benefit of military escort, thereby demonstrating their trust and reliance upon God.

Soon after his arrival in Jerusalem, Ezra proceeded to reorganize the Temple services. In response to his vigorous program to persuade the people...

More summaries and resources for teaching or studying Ezra.

Ezra from Gale. ©2005-2006 Thomson Gale, a part of the Thomson Corporation. All rights reserved.