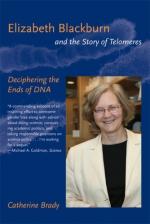 Get Elizabeth Helen Blackburn from Amazon.com
View the Study Pack

This Biography consists of approximately 5 pages of information about the life of Elizabeth Helen Blackburn.

American molecular biologist Dr. Elizabeth H. Blackburn (born 1948) is credited with the discovery of telomerase, an enzyme critical to the reproductive process of gene cells.

Dr. Elizabeth H. Blackburn is renowned for her discovery of the genetic enzyme "telomerase." Blackburn isolated and precisely described telomeres in 1978, thus enhancing the understanding of deoxyribonucleic acid (DNA) on the part of molecular biologists around the world. The subsequent discovery of telomerase in 1985 brought new insight into the complex functions of gene cells and the mysteries of their replication. Importantly, the discovery has given new hope to cancer researchers and opened new vistas for the science of gerontology.

Blackburn was born in Hobart, on the island of Tasmania (in Australia), on November 26, 1948. Her parents, Drs. Harold and Marcia (Jack) Blackburn, were physicians, and their only child quickly developed a love of science.

Blackburn started college at the University...

Elizabeth Helen Blackburn from Gale. ©2005-2006 Thomson Gale, a part of the Thomson Corporation. All rights reserved.