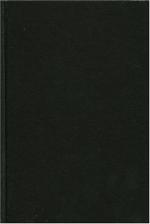 Get Denmark Vesey from Amazon.com
View the Study Pack

This Biography consists of approximately 2 pages of information about the life of Denmark Vesey.

Denmark Vesey (1767-1822), an African American who fought to liberate his people from slavery, planned an abortive slave insurrection.

Denmark Vesey, whose original name was Telemanque, was born in West Africa. As a youth, he was captured, sold as a slave, and brought to America. In 1781 he came to the attention of a slaver, Capt. Vesey, who was "struck with the beauty, alertness, and intelligence" of the boy. Vesey, a resident of Charleston, S.C., acquired the boy. The captain had "no occasion to repent" his purchase of Denmark, who "proved for 20 years a most faithful slave."

In 1800 Vesey won a $1,500 lottery prize, with which he purchased his freedom and opened a carpentry shop. Soon this highly skilled artisan became "distinguished for [his] great strength and activity. Among his color he was always looked up to with awe and respect" by both black and white Americans. He acquired property and became prosperous.

Nevertheless, Vesey was not content with his relatively successful life. He hated slavery and slaveholders. This brilliant man versed himself in all the available antislavery arguments and spoke out against the abuse and exploitation of his own people. Believing in equality for everyone and vowing never to rest until his people were free, he became the political provocateur, agitating and moving his brethren to resist their enslavement.

Selecting a cadre of exceptional lieutenants, Vesey began organizing the black community in and around Charleston to revolt. He developed a very sophisticated scheme to carry out his plan. The conspiracy included over 9,000 slaves and "free" blacks in Charleston and on the neighboring plantations.

The revolt, which was scheduled to occur on July 14, 1822, was betrayed before it could be put into effect. As rumors of the plot spread, Charleston was thrown into a panic. Leaders of the plot were rounded up. Vesey and 46 other were condemned, and even four whites were implicated in the revolt. On June 23 Vesey was hanged on the gallows for plotting to overthrow slavery.

After careful examination of the historical record, the judgment of Sterling Stuckey remains valid: "Vesey's example must be regarded as one of the most courageous ever to threaten the racist foundations of America.... He stands today, as he stood yesterday ... as an awesome projection of the possibilities for militant action on the part of a people who have for centuries been made to bow down in fear."

More summaries and resources for teaching or studying Denmark Vesey.

Denmark Vesey from Gale. ©2005-2006 Thomson Gale, a part of the Thomson Corporation. All rights reserved.