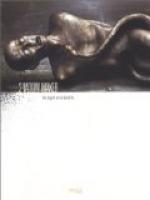 Get David Da-I Ho from Amazon.com
View the Study Pack

This Biography consists of approximately 8 pages of information about the life of David Da-I Ho.

Molecular biologist David Da-I Ho (born 1952) has dedicated his career to identifying a cure for acquired immune deficiency syndrome (AIDS). His greatest contribution to the worldwide battle against AIDS came in 1996 when he combined state-of-the art AIDS medications in a way that stopped the progression of the human immunodeficiency virus (HIV), which leads to the deadly AIDS condition.

AIDS researcher David Ho was the fourth scientist to identify the cause of AIDS as a virus that attacks the body's immune system. Now chief executive officer and scientific director of the Aaron Diamond AIDS Research Center (ADARC), Ho has been at the forefront of the worldwide battle against the AIDS epidemic and remains hopeful that HIV can be eradicated.

Ho was born on November 3, 1952, in Taichung, a small town in Taiwan where transportation was by means of bicycle and the only form of communications technology...

David Da-I Ho from Gale. ©2005-2006 Thomson Gale, a part of the Thomson Corporation. All rights reserved.