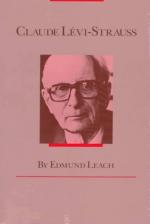 Get Claude Gustave Lévi-Strauss from Amazon.com
View the Study Pack

This Biography consists of approximately 3 pages of information about the life of Claude Gustave L&eacute;vi-Strauss.

Claude Lévi-Strauss was born on November 28, 1908, in Brussels, Belgium, of a cultured Jewish family. He grew up in France, attended a lycée in Paris, and studied philosophy at the Sorbonne, University of Paris. After holding several provincial teaching posts, he became interested in anthropology and accepted an appointment as professor of sociology at São Paulo University, Brazil (1935-1939), which enabled him to do field research among Brazil's Indian tribes.

Claude Gustave Lévi-Strauss from Gale. ©2005-2006 Thomson Gale, a part of the Thomson Corporation. All rights reserved.