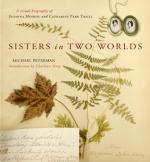 Get Catharine Parr Traill from Amazon.com
View the Study Pack

This Biography consists of approximately 2 pages of information about the life of Catharine Parr Traill.

Catharine Parr Traill (1802-1899) was a Canadian naturalist and author who wrote books for children, studies of Canadian flowers and plants, and, most important, accurate accounts of pioneer conditions in Upper Canada.

Catharine Parr was born in London and began to write stories for children while still a girl. Her first children's book, The Blind Highland Piper, was published in 1818, when she was only 16; her most popular book of this type, Little Downy; or, The History of a Field-mouse: A Moral Tale, appeared in London in 1822. She married a half-pay British army officer, Lt. Thomas Traill, in 1832 and in the same year emigrated with him to Upper Canada (now Ontario). The Traills settled in the backwoods near the present town of Peterborough, and she was very close to being a centenarian when she died at Lakefield in 1899.

Traill's best-known book had its genesis in a series of letters she wrote home to her mother in England describing her impressions of early life in Canada. The book was published in London in 1836 with the following informative title: The Backwoods of Canada; Being the Letters from the Wife of an Emigrant Officer; Illustrative of the Domestic Economy of British North America. It was an instant success and was soon translated into German and French. For actual or potential emigrants it provided useful information on the hazards of pioneer settlement and practical hints on how to survive these hazards.

Having achieved success with this book, Traill followed it up with a similar work: The Female Emigrant's Guide, and Hints on Canadian Housekeeping (1854). She became increasingly interested in the botany of her adopted country and embodied the knowledge she acquired of this subject in four books: Rambles in the Canadian Forest (1859), Canadian Wild Flowers (1869), Studies of Plant Life in Canada (1885), and Pearls and Pebbles; or, Notes of an Old Naturalist (1894). She also continued to practice her first literary skill, that of writing stories for children. One such book was The Canadian Crusoes (1852), which was republished 30 years later under the title Lost in the Backwoods; another was Lady Mary and Her Nurse: A Peep into the Canadian Forest (1856), published a year later in Boston as Stories of the Canadian Forest and in London in 1869 as Afar in the Forest; her last children's book was Cot and Cradle Stories (1895).

Catharine Parr Traill from Gale. ©2005-2006 Thomson Gale, a part of the Thomson Corporation. All rights reserved.