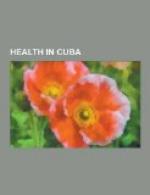 Get Carlos Juan Finlay from Amazon.com
View the Study Pack

This Biography consists of approximately 2 pages of information about the life of Carlos Juan Finlay.

Carlos Juan Finlay was born in Camagüey Province on Dec. 3, 1833, of a Scottish father and a French mother. He spent his early years on his father's coffee plantation but soon was sent to school in France and England. From there he traveled to the United States, where he received a degree in medicine at Jefferson Medical College, Philadelphia, in 1855. He returned to Cuba and began to practice medicine after revalidating his degree at the University of Havana. From Cuba he traveled to Peru, Trinidad, and France, working in various hospitals. In 1870 he settled in Cuba permanently, developing an interest in the island's sanitary and health problems.

When, in 1879, an American mission arrived in Cuba to study the causes of yellow fever, the Spanish government designated Finlay to work with the group. He developed the idea that the transmission of yellow fever required a vector. At the International Sanitary Conference, held in Washington in February 1881, he explained his theory. In August Finlay read before the Academy of Sciences of Havana his historic work showing a mosquito, Culex fasciatus or Stegomyia fasciata (later known as Aedes aegypti), to be the vector of the yellow fever organism. Although Finlay advanced numerous experiments and observations to support his conclusions, his theory was not accepted by the scientific world for almost 2 decades. In a report to the International Sanitary Conference held in Havana in 1901, Walter Reed confirmed Finlay's discovery.

When United States troops landed in Cuba in 1898 during the Spanish-American War, Finlay worked with the American army in Santiago de Cuba. He further tested his theories in practice and advocated a campaign against the mosquito. As a result of his urgings, W. C. Gorgas, United States health chief in Cuba, began a program, later extended to Panama, to exterminate the mosquito, thus putting an end to a sickness that had plagued the Caribbean for many years.

In addition to his work in the epidemiology of yellow fever, Finlay wrote extensively on ophthalmology, tuberculosis, tetanus, trichinosis, filariasis, leprosy, beriberi, cholera, and exophthalmic goiter. After the establishment of the Cuban Republic in 1902, he was appointed public health chief, and the Cuban government created in his honor the Finlay Institute for Investigations in Tropical Medicine. Finlay died in Havana on Aug. 20, 1915.

Carlos Juan Finlay from Gale. ©2005-2006 Thomson Gale, a part of the Thomson Corporation. All rights reserved.