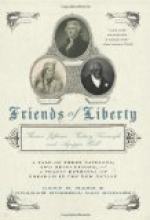 This Biography consists of approximately 2 pages of information about the life of Tadeusz Andrzej Bonawentura Kosciuszko.

Tadeusz Andrzej Bonawentura Kosciuszko (1746-1817) was a Polish patriot and a hero in the American Revolution.

Tadeusz Kosciuszko was born on Feb. 12, 1746, in the grand duchy of Lithuania, Poland. A member of the small-gentry class, Kosciuszko attended Warsaw's Royal College, graduating in 1769 with the rank of captain. He completed his military studies in France, Germany, and England, specializing in engineering and artillery. He returned to Poland in 1774 to serve as an artillery officer. Two years later he volunteered to serve the rebels in the American Revolution.

In October 1776, following a short spell as military engineer for the state of Pennsylvania, Kosciuszko received a commission as colonel of engineers in the Continental Army. He served in the northern forces and advised in the planning of the defense of Ticonderoga, N.Y. Then, in the spring of 1778, he went to West Point, N.Y., to take charge of the fortifications there. Two years later he left the northern command for service in the south, where he remained as a fighting officer and a strategist until the capture of Charleston in 1782. In recognition of his many services, the following year the Continental Congress promoted Kosciuszko to brigadier general, made him a citizen of the United States, and awarded him a land grant.

After the war Kosciuszko returned to Poland, but 5 years later he took up arms again, this time as a major general of the Polish army in defense of his native land against the Russians. Unsuccessful at first, Kosciuszko was forced to flee the country. In 1794, however, he returned to lead a victorious, if brief, uprising of the Poles. He was captured in the autumn and sent to St. Petersburg, where he was imprisoned. In 1796 he was released and exiled; he traveled to several European countries before returning to a hero's welcome in America in 1797.

A year later Kosciuszko went back to France, where he wrote his war memoirs, an important study of the horse artillery, and essays on various subjects, including the history of democratic thought. In addition, he was active as a propagandist on behalf of Polish freedom. Kosciuszko spent his last years in Switzerland, where he died on Oct. 15, 1817, in Solothurn. He was buried in Cracow Cathedral. He is one of Poland's most honored patriots.