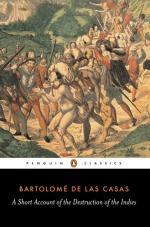 Get Bartolomé Bermejo from Amazon.com
View the Study Pack

This Biography consists of approximately 2 pages of information about the life of Bartolom&eacute; Bermejo.

The painter Bartolomé Bermejo (active 1474-1498), beginning under Flemish influence, was among the first Spanish artists to change to the Italian Renaissance manner.

The real name of Bartolomé Bermejo was probably Bartolomé de Cárdenas. Bermejo, meaning reddish, is thought to have been a nickname, but he did sign one of his works that way. He was born in Cordova, and some scholars believe he was Jewish because of a Hebrew inscription in his Christ Seated on His Tomb and also because of the physical types in many of his paintings.

Bermejo worked in Catalonia, Aragon, and Valencia and may have traveled to Flanders, France, and Italy since these countries are a trinity of influences discernible in his art. However, pervading his works is a character all his own: a poetic blend of melancholy, serenity, and grandeur.

More summaries and resources for teaching or studying Bartolom Bermejo.

Bartolomé Bermejo from Gale. ©2005-2006 Thomson Gale, a part of the Thomson Corporation. All rights reserved.