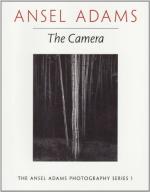 Get Ansel Adams from Amazon.com
View the Study Pack

This Biography consists of approximately 3 pages of information about the life of Ansel Adams.

Ansel Adams (1902-1984) was not only a masterful photographic technician but a lifelong conservationist who pleaded for understanding of, and respect for, the natural environment. Although he spent a large part of his career in commercial photography, he is best known for his majestic landscape photographs.

Ansel Easton Adams was born on February 20, 1902, in San Francisco, California, near the Golden Gate Bridge. His father, a successful businessman, sent his son to private, as well as public, schools; beyond such formal education, however, Adams was largely self-taught.

His earliest aspiration was to become a concert pianist, but he turned to photography in the late teens of the century; a trip to Yosemite National Park in 1916, where he made his first amateurish photos, is said to have determined his direction in life. Subsequently, he worked as photo technician for a commercial firm.

More summaries and resources for teaching or studying Ansel Adams.

Ansel Adams from Gale. ©2005-2006 Thomson Gale, a part of the Thomson Corporation. All rights reserved.