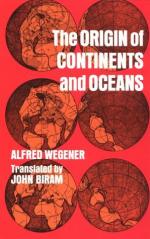 Get Alfred Lothar Wegener from Amazon.com
View the Study Pack

This Biography consists of approximately 2 pages of information about the life of Alfred Lothar Wegener.

The German meteorologist, Arctic explorer, and geophysicist Alfred Lothar Wegener (1880-1930) is remembered for his theory of continental drift.

Alfred Wegener son of an Evangelical preacher, was born in Berlin on Nov. 1, 1880. He attended university at Heidelberg, Innsbruck, and Berlin. He became interested in arctic climatology and joined the 1906-1908 Danish expedition to Greenland as meteorologist. He returned there in 1912-1913 and, wintering on a high glacier, completed studies begun on his first visit.

In 1908 Wegener settled at Marburg, lecturing there with enviable clarity on meteorology and astronomy. The next years were perhaps his most fruitful: he wrote up his Greenland material; produced his Thermodynamik der Atmosphäre (1911), a standard textbook which ran through several editions; and conceived his idea of continental drift. He saw active service in World War I.

Wegener was a scientific civil servant at the Meteorological Department of the Deutsche Seewarte in Hamburg...