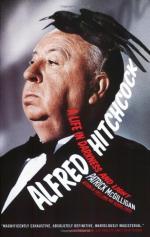 Get Alfred Hitchcock from Amazon.com
View the Study Pack

This Biography consists of approximately 2 pages of information about the life of Alfred Hitchcock.

Alfred Hitchcock (1899-1980), was a film director famous for skillfully wrought suspense thrillers. He was essentially concerned with depicting the tenuous relations between people and objects and rendering the terror inherent in commonplace realities.

Born into a working class family in London, Alfred Hitchcock attended St. Ignatius' College to prepare for the ministry. However, rebelling against his Catholic upbringing, he fled to the Bohemian seacoast in 1921. He soon involved himself in motion picture production, receiving valuable training with the British division of Famous Players Lasky. In 1923 he began writing scenarios for the Gainsborough Film Studios.

Hitchcock's first film, The Lodger (1925), an exciting treatment of the Jack the Ripper story, was followed by Blackmail (1930), the first British talking picture. Some think that Hitchcock's next films, The Man Who Knew Too Much (1934),and The Thirty-Nine Steps (1935), were responsible for the renaissance in British movie making during the early 1930s.

More summaries and resources for teaching or studying Alfred Hitchcock.

Alfred Hitchcock from Gale. ©2005-2006 Thomson Gale, a part of the Thomson Corporation. All rights reserved.