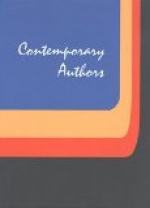 Get Albert Bruce Sabin from Amazon.com
View the Study Pack

This Biography consists of approximately 2 pages of information about the life of Albert Bruce Sabin.

Albert Sabin was born on August 26, 1906 in Bialystock, Poland (then Russia) and immigrated with his family to the United States in 1921. He attended New York University, received his medical degree in 1931, and began research on the virus that causes poliomyelitis or polio. Known at the time as infantile paralysis, it was a source of much fear because of its ability to cause paralysis and death, especially in infants and young children. By 1936, Sabin and his colleagues were able, for the first time, to grow the polio virus in human tissue cultures outside the body. In 1941, Sabin established that the human polio virus enters the body via the digestive tract and not the nose as was then thought. World War II interrupted his polio research and, while in the army, he studied several diseases affecting American troops such as sandfly fever, dengue fever, toxoplasmosis, and encephalitis lethargica. After the war, Sabin continued to engage in polio research.

By 1954, Sabin had developed a vaccine that gave protection against polio using a live virus rather than the killed virus used by Dr. Jonas Salk. Sabin believed that an attenuated (weakened and harmless) live virus would provide more rapid and longer-lasting protection than the Salk method. With some professional rivalry developing between Salk and Sabin, the latter persisted in bringing his vaccine to completion, and it became available to the public in 1961 following four years of worldwide tests. The Sabin vaccine has two advantages over the Salk vaccine: it can be administered orally rather than by injection, and offers protection with a single dose. Today, except for a few special cases, it is the preferred polio vaccine worldwide. The development of the Sabin vaccine was the result of 20 years of research on the nature, transmission, and epidemiology of three related virus types. Throughout his professional career, Sabin was known for his tireless and brilliant research. In his later years, Sabin's interests led him to research the possible connection between viruses and human cancer. Albert Sabin died March 3, 1993 at the age of 86.

Albert Bruce Sabin from Gale. ©2005-2006 Thomson Gale, a part of the Thomson Corporation. All rights reserved.