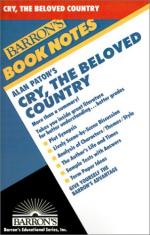 Get Alan Stewart Paton from Amazon.com
View the Study Pack

This Biography consists of approximately 4 pages of information about the life of Alan Stewart Paton.

Alan Stewart Paton (1903-1988) was a South African writer and liberal leader. His novel Cry, The Beloved Country won him world acclaim for the insights it gave on South Africa's race problem.

Alan Stewart Paton was born in Pietermaritzburg in the Natal Province, a former British colony that is now part of the Republic of South Africa, on January 11, 1903. From 1919 to 1922 he attended the University of Natal, from which he graduated with degrees in science and education. At this time Paton began writing poetry and dramas. In 1925 he became the assistant master at the Ixopo High School and, in 1928, joined the staff of Pietermaritzburg College. He was appointed principal of the Diepkloof Reformatory in 1935 and retired from government service in 1948. Thereafter, Paton devoted his life to writing, lecturing on the race question, and organizing the Liberal Party of South Africa.

The Diepkloof Reformatory, just outside...

Alan Stewart Paton from Gale. ©2005-2006 Thomson Gale, a part of the Thomson Corporation. All rights reserved.