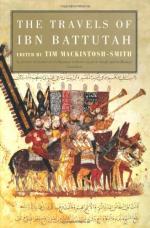 This Biography consists of approximately 2 pages of information about the life of Abu Muhammad Ali ibn Hazm.

Abu Muhammad Ali ibn Hazm (994-1064) was a Spanish-born Arab theologian, philosopher, and jurist whose most important work was a book on comparative religious history.

Ibn Hazm was born in Cordova. His father, who was chief minister at the Umayyad court, died when Ibn Hazm was 18 years old, during the violent political upheavals of the time. After a careful education in the usual legal and literary style of the time, Ibn Hazm entered active politics himself, being at various times vizier to reigning members of the Umayyad house, a fugitive in neighboring Andalusian statelets, and a political prisoner.

At the age of 32 Ibn Hazm finally renounced political life and devoted himself wholeheartedly to scholarship, but his outspokenness in legal writings which attacked the jurists of the dominant Maliki rite led to efforts to silence him. The latter half of his life seems to have been spent on his family estates, writing and teaching informally those who sought him out.

As a jurist, Ibn Hazm was one of the strongest spokesmen for the Zahiri, or literalist, school of legal interpretation, in local opposition in Spain to the predominant Maliki school. This insistence upon a meticulous basis in the Koran and the Traditions for legal decisions naturally led Ibn Hazm to philology and a heightened consciousness of the importance of the Arabic language for Moslems. He was aware of Aristotelian logic but saw it as definitely a handmaiden to religion, to be used to reconcile the Koran and the Traditions of the Prophet on the rare occasions when these did not seem to agree on the surface.

Perhaps Ibn Hazm's most important work is the Book of Religions and Sects, a work on comparative religious history, one of the earliest of this genre, which examines, in a polemical way, Judaism, Christianity, Zoroastrianism, and Islam. There is evidence of careful, firsthand investigation by Ibn Hazm and awareness of the historical evolution of each of these religions. The section on Islam is chiefly devoted to the sectarian movements and philosophically dissident schools of thought. Second only in importance to his work on comparative religion is the Ring of the Dove, a treatise on love in its psychological and ethical complexities.