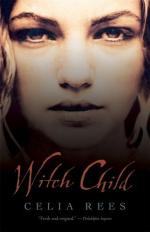 Get Witch Child from Amazon.com

Everything you need to understand or teach Witch Child by Celia Rees.

"Witch Child" by Celia Rees is an epistolary novel about a fourteen-year-old girl who flees the witch hunts in England and settles in a Puritan colony in America. After Mary's grandmother is executed as a witch, Mary flees her native England for a newfound colony in America, developing strong friendships and beginning to learn the power within herself as she finds her place in the New World. However, when the witch...