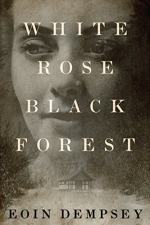 Everything you need to understand or teach White Rose, Black Forest by Eoin Dempsey.

Set in 1943 amid Nazi Germany, the historical fiction and thriller novel White Rose, Black Forest follows nurse Franka Gerber as she tries to save a man who she finds in the snow. A member of the anti-Nazi organization the White Rose, 26-year-old Franka tries to fight back against the regime. The man she finds in the forest is apparently a Luftwaffe airman named Werner Graf, who turns out to be more mysterious than he seems initially. He is an American spy whose real name is John Lynch. The author Eoin Dempsey traces the love story of these two as they run from the Nazi secret police the Gestapo.