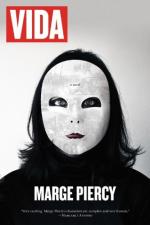 Get Vida from Amazon.com

Everything you need to understand or teach Vida by Marge Piercy.

Vida, Piercy's sixth novel, is named for its protagonist, Davida Asch, a radical anti-Vietnam war fugitive eluding capture for her participation in a bombing ten years earlier. Vida's activism recalls Piercy's involvement with SDS; her "group," the Network, pointedly resembles the Weathermen. Vida was one of four people coerced by Randy (an undercover federal agent) into bombing a Mobil Oil office. Thereafter, Vida leads the life of a fugitive; she frets over cameras in drugstores, can never use her name; calls from pay phone to pay phone; disguises herself to visit her dying mother in the hospital. When her mother does die, Vida cannot attend the funeral, although the FBI does.

In the Autumn of 1979, Vida returns from the West Coast to the East, where she learns that her husband, supportive for many years, is divorcing her. She faces her mother's final illness, her...

Marge Piercy
2,142 words, approx. 8 pages
Marge Piercy epitomizes a feminist maxim: "The personal is political." In the essay "Mirror Images" (1980) Piercy writes, "My poetry appears to me at once more personal and universal than my fiction. ... Read more

Marge Piercy
5,356 words, approx. 18 pages
Marge Piercy's reputation as an important fiction writer began with the appearance of her first published novel, Going Down Fast, in 1969. Especially with Gone to Soldiers (1987) and City of Darknes... Read more
Download the Study Pack