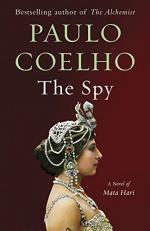 Get The Spy (Mata Hari) from Amazon.com

Everything you need to understand or teach The Spy (Mata Hari) by Coelho, Paulo .

The Spy by Paulo Coelho tells the story of the life, imprisonment, and execution of Mata Hari, a dancer accused of being a spy during World War I. Her story is told through a long letter, written by Mata Hari to her lawyer, Edouard Clunet in the weeks leading up to her execution and a second, shorter letter written by Clunet to Mata Hari as he tries to determine how he failed to save her when there was so little evidence against her. Themes in the novel include the use of love as power, the struggle of finding one's identity, and the placing of culpability.