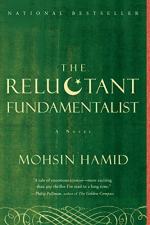 Get The Reluctant Fundamentalist from Amazon.com

Everything you need to understand or teach The Reluctant Fundamentalist by Mohsin Hamid.

The Reluctant Fundamentalist is the fictional story of two men - Changez, an American-educated Pakistani, and an American stranger - who converse at an outdoor cafe over the course of several hours. The frame story shifts between the present, revealing the hidden agendas and plans of each man concerning the fate of the other and the past, as Changez tells the American the story of his ideological conversion from American business fundamentalism to maintaining loyalties at home. As the story unravels and tension builds, the American learns more about his dinner companion and the reason for his "assignment" in Pakistan. The novel discusses issues of racism, America's global influence, the connections between people of various ethnic backgrounds, coming of age and self-sacrifice.

You might also be interested in:
How to Get Filthy Rich in Rising Asia
Exit West: A Novel
Moth Smoke