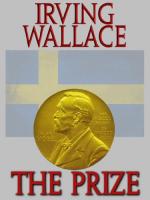 Get The Prize from Amazon.com

Everything you need to understand or teach The Prize by Irving Wallace.

Although capitalizing on four social concerns, Wallace pays most attention to the Sexual Revolution embodied in Sweden's liberal morality. The other Revolutions are handled perfunctorily.

The social effects of the laureates' scientific discoveries are ignored. The East German agents threatening one scientist are stereotypical "heavies" and easily thwarted. The two laureates who are victims of the Holocaust have physical and psychological scars that readily earn the reader's sympathy, but neither has a story...

The The Prize Study Pack contains: