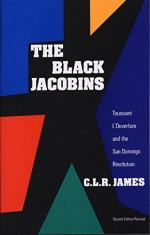 Get The Black Jacobins from Amazon.com

Everything you need to understand or teach The Black Jacobins by James, C.L.R..

In this work of historical non-fiction, Afro-Trinidadian author C.L.R. James conducts a thorough investigation into the Haitian Revolution at the turn of the nineteenth century. While James casts Toussaint L’Ouverture as the tragic hero of his tale, James’s investigation also includes the wide variety of people who played a role in the Haitian Revolution, the first successful slave rebellion. Thus, The Black Jacobins discusses the white slave-owners and the black masses on the island, as well as the revolutionaries and reactionaries who were leading the French Revolution in mainland France. The Black Jacobins tackles themes such as race, prejudice, power, heroism and tragedy.