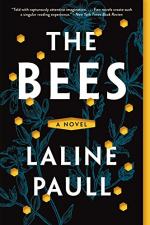 Get The Bees from Amazon.com

Everything you need to understand or teach The Bees by Laline Paull.

Laline Paull's The Bees is a fascinating glimpse into a world we take for granted. Taking the beehive, one of the most ancient yet common structures in nature, Paull presents a world that is dystopian in function; a world in which the collective is valued over the individual, and the powers that be use sex and food to control its population. The Bees follows the life of one individual bee, Flora 717, born into the lowest caste but with exceptional abilities that allow her to see more of the hive than much of her sisters. Her caste is frowned upon, but in a world where there is no uniqueness, Flora distinguishes herself. Using other themes such as freedom, control, and class warfare, Paull presents a tightly wrought political structure in a very common place. The effect is an eerie, almost alien look at a world most people never think about.

The The Bees Study Pack contains: