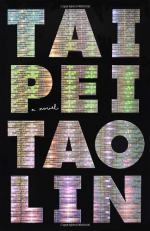 Get Taipei from Amazon.com

Everything you need to understand or teach Taipei by Tao Lin.

Tapei is a postmodern novel about a young adult life hopelessly stricken with drug-abuse and self-absorption. Written in semi-autobiographical form, the novel follows main character Paul as he ingests drugs, wanders aimlessly, forms weak yet intense relationships with those he meets, and loses those relationships due to lack of interest. The novel has evoked both high acclaim and sharp criticism from the literary community.