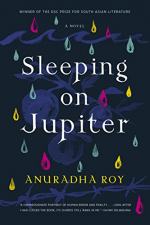 Get Sleeping on Jupiter: A Novel from Amazon.com

Everything you need to understand or teach Sleeping on Jupiter by Anuradha Roy.

Sleeping on Jupiter: A Novel Overview

The novel Sleeping on Jupiter alternates between two narratives. The narrative concerning the main character’s childhood is told in the first person and past tense, while the present-day narrative is told in the third person. Although the novel gives heavy focus to a number of different characters, the central character is a young woman named Nomi. Nomi was born in India but was adopted by a Norwegian family several years after Nomi’s family was killed by soldiers in an unnamed conflict. As an adult, Nomi returns to the Indian village of Jarmuli, near which she had lived during her childhood. She searches for the religious school where she lived and suffered repeated sexual abuse by the school’s spiritual leader. Throughout the novel, Nomi recalls various events from her childhood after the death of her family. The novel also focuses on several supporting characters who are in Jarmuli at the same time as adult Nomi’s visit. These characters include three old women on a vacation, a tour guide suffering from unrequited love, and a struggling filmmaker who develops an attraction towards Nomi. The novel explores themes of physical and sexual violence towards women, especially with regards to said violence’s presence in certain aspects of Hindu and Indian culture.

The Sleeping on Jupiter: A Novel Study Pack contains: