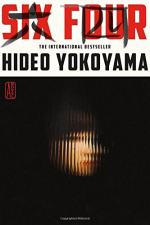 Get Six Four: A Novel from Amazon.com

Everything you need to understand or teach Six Four by Hideo Yokoyama.

Hideo Yokoyama’s novel Six Four combines mystery, crime fiction, and contemporary, institutional critique to tell a kidnapping story that is actually a self-aware portrait of [specifically Japanese] bureaucracy. It is told from the third-person limited point of view, with omniscient insight into the main character’s interiority, that of Yoshinobu Mikami, a middle-aged, married police Press Director, former detective, whose teenage daughter has been missing for months. At the novel’s beginning, Mikami has been assigned to organize the Japanese Police Commissioner General’s visit from Tokyo whose appearance was meant to supposedly reinvigorate energy into a 14-year-old cold case of a girl’s murder. Suddenly noting oddities in the case and its past handlings, Mikami’s allegiances were stirred; he unleashed his inner-detective, uncovering the sometimes-disgusting hidden interiority of police bureaucracy and discovered a large-scale police cover-up, while simultaneously grappling with his daughter’s disappearance and wife’s suffering. Yokoyama explores anxiety-inducing themes such as censorship, loyalty, the politics of hierarchies, and even gender roles.