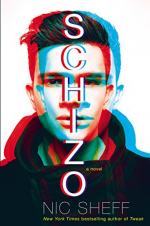 Get Schizo from Amazon.com

Everything you need to understand or teach Schizo by Nic Sheff.

The book Schizo is about a young man of 16, Miles Cole, who is dealing with his diagnosed mental disease, schizophrenia. He decides that by solving the problem that he believes caused his trauma and subsequent way of life, he will no longer suffer from the battle of fighting his own feelings within and raising himself again in the eyes of his family and friends whom he believes think less of him since his first public episode a year ago that led to his diagnosis.