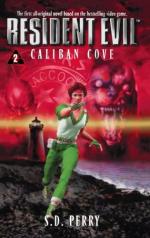 Get Caliban Cove from Amazon.com

Everything you need to understand or teach Caliban Cove by S. D. Perry.

"Caliban Cove" by S. D. Perry is the second novel in the Residence Evil series about zombies originating from research into biological weapons. Shortly after her team is devastated in Raccoon City, eighteen-year-old chemist Rebecca Chambers is recruited for a similar mission in Caliban Cove, ME. Rebecca agrees and is eager to do her part of end Umbrella's atrocious research. "Caliban Cove" is an intriguing but terrifying novel that poses the...