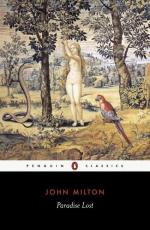 Get Paradise (Barthelme) from Amazon.com

Everything you need to understand or teach Paradise (Barthelme) by Donald Barthelme.

Paradise touches on a wide variety of themes as it explores the experiences, thoughts, and memories of its central character, Simon. Marriage, sexual and economic power, midlife crisis, generation gaps, male inadequacy, male fantasy, the element of fear in urban life, the responsibility of the artist, feminism, and religious ideas of guilt and grace all appear as concerns in the novel. Often, however, these themes remain undeveloped since Barthelme's style presents them as disjointed elements in an often collagelike structure.

The characters whose disjointed lives express these themes are also not so much developed as presented to the reader in a collection of sometimes unconnected moments, fragments of conversation, and loose memories.

Donald Barthelme
1,562 words, approx. 6 pages
Donald Barthelme has achieved his present eminence as one of the leading popular innovators in American fiction through the pages of the New Yorker magazine, where he began publishing in 1963. But, al... Read more

Donald Barthelme
8,515 words, approx. 29 pages
Two years after Donald Barthelme's death, his friend Robert Coover observed that his name had achieved a new currency as an adjective: the term "Barthelmesque," Coover wrote, refers not only to a styl... Read more
Download the Study Pack