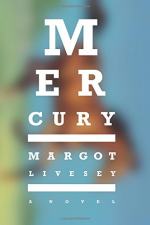 Get Mercury from Amazon.com

Everything you need to understand or teach Mercury by Margot Livesey.

A series of lies and deception leads to a tragic end in Mercury by Margot Livesey. Donald Stevenson was so blinded by grief when his father died than he did not realize how fanatic his wife, Viv, was getting over a new horse at the stables where she worked. Believing she was fulfilling her destiny, Viv vowed to do whatever it took to make herself, and this new horse, champions.