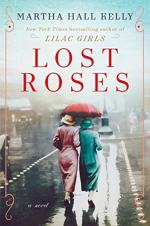 Get Lost Roses from Amazon.com

Everything you need to understand or teach Lost Roses by Martha Hall kelly.

Lost Roses is a historical fiction novel by Martha Hall Kelly. The story follows the lives of sisters Sofya and Luba Streshnayva, who are cousins of Tsar Nicholas II. Sofya and Luba fight to survive in the lead-up to, and aftermath of, the Bolshevik Revolution. Sofya and Luba's dear friend Eliza Woolsey Mitchell is inspired to aid the women and children of the Russian elite that seek refuge in America. Eliza then travels to France in search of the sisters. Varinka Pushinsky, a Russian peasant employed by the Streshnayvas, abducts Sofya's son Max, and Sofya will stop at nothing to rescue him. The intertwining third-person perspectives featured in Kelly's heavily researched novel explore themes of revolution, class conflict, motherhood, separation, and grief.