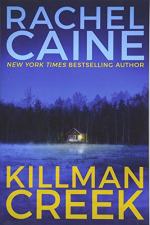 Get Killman Creek from Amazon.com

Everything you need to understand or teach Killman Creek by Rachel Caine.

In Killman Creek by Rachel Caine, the second installment in the Stillhouse Lake series, Gwen Proctor must fight not only against her serial killer ex-husband, but also a conglomerate of tech-savvy psychopaths to save herself and her children. Gwen decides she does not want to be a victim any longer and is in the process of hunting down her ex-husband when videos of her helping in his crimes surface. Gwen thinks she is going crazy as she tries to defend her innocence while her family and friends turn their backs on her. Themes in the novel include the importance of names and identity, the darker side of tech, and the differences between getting revenge and getting justice.