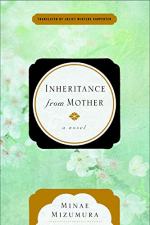 Get Inheritance From Mother from Amazon.com

Everything you need to understand or teach Inheritance From Mother by Minae Mizumura.

Inheritance From Mother is a novel by Minae Mizumura. The story follows Mitsuki Katsura Hirayama. When Mitsuki was in her middle age, her father became sick and eventually died. Mitsuki's mother was quite self-centered, and she treated her husband and Mitsuki poorly during her husband's final years of life. After Mitsuki's father died, Mitsuki's mother became sick and eventually also died. Mitsuki imagined that the inheritance she would receive from her mother would relieve her of work and give her a chance to take care of herself. However, after Mitsuki learned that her husband was having an affair, she checked into a long-term hotel to contemplate how she should proceed with her life. There, she found a community of other hotel guests who were also suffering emotionally. The novel explores themes such as literature, death, obligation, and identity.