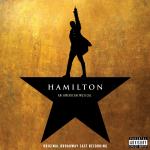 Everything you need to understand or teach Hamilton (Original Broadway Cast Recording) by Various Artists.

This musical, based on the life of American founding father Alexander Hamilton, is a recent winner of several awards, including the Pulitzer Prize for Drama (rarely awarded to a musical) and a number of Broadway Tony awards. It tells the story of Hamilton’s life and career – his rise from being a low status illegitimate non-American immigrant to being one of the most significant influences on the creation of the United States of America. Told in the language of rap and hip-hop, the show explores themes related to the power of ambition, the power of writing, and questions of who decides what becomes history.