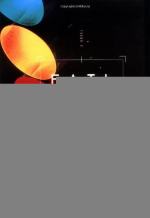 Get Fail Safe from Amazon.com

Everything you need to understand or teach Fail Safe by Eugene Burdick.

In Fail-Safe, a well-known thriller from the 1960s, coauthors Eugene Burdick and Harvey Wheeler fashion an exciting but cautionary tale of what can happen when two countries amass nuclear weapons in a continuous contest to become the mightiest military force on Earth. The novel was written in the midst of just such an astonishing situation, known as the Cold War between the United States and the Soviet Union. The story begins...