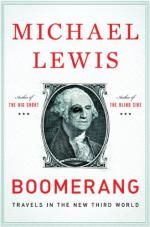 Get Boomerang from Amazon.com

Everything you need to understand or teach Boomerang by Barry Hannah.

Boomerang Hannah most often foIncuses on a turning point, outrageous exploit, or bizarre escapade from his past. Scarcely prefaced with any exposition, most of these events are linked only by Hannah's memory. Hannah focuses on ends and actions rather than means or motives. His prose is lean, sparse, colloquial, and sometimes exasperatingly terse. Many of the episodes revolve around music, fishing, animals, or firearms. Most of them stand as parables of the confrontation of meanness and generosity, tolerance and intolerance, humanity and inhumanity.

One of Hannah's principal satirical targets is organized religion. His hatred of southern fundamentalism, Catholicism, and Moslem zealotry grows out of his conviction that organized religion thwarts and diminishes the individual. Although Hannah mentions that he "prays," his God is a pantheistic or at least non-sectarian deity; he dreads and fears the "Christers" for their hypocrisy, priggishness, and sanctimony.

Barry Hannah
1,576 words, approx. 6 pages
Since 1972 Barry Hannah has published two novels and a prize-winning collection of short stories. His third novel, Ray, is scheduled for publication in fall 1980. While some stories and novel segments... Read more

Barry Hannah
8,595 words, approx. 29 pages
As is probably the case with all twentieth-century writers of the American South who deal in quirky narratives replete with violence, Barry Hannah has had his share of encounters with critics and read... Read more
Download the Study Pack