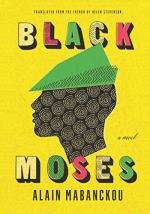 Get Black Moses from Amazon.com

Everything you need to understand or teach Black Moses by Mabanckou, Alain.

Alain Mabanckou’s Black Moses is a fictional depiction of the life of an orphan, named Moses, in the Democratic Republic of Congo during the 1970’s. The novel is narrated by its title character, exploring his internal and external world as he moves from the orphanage in Loango to the bigger world of Pointe-Noire. After his escape from the orphanage, Moses finds himself in a gang of petty thieves, helping out in a brothel and living in a hut working as a dock worker. Black Moses explores themes of poverty, crime, mental health, and abuse of power.