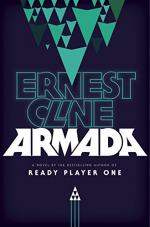 Get Armada from Amazon.com

Everything you need to understand or teach Armada by Ernest Cline.

Zach Lightman has waited all his life for something amazing to happen. Finally, two months before graduation, he sees an alien space craft. The government has been hiding the existence of them for more than four decades. However, in the meantime, they have been training the civilians through video games. They were also looking for top scorers to recruit. The day after he sees the space craft, Zach is recruited. This book covers the span of that fateful day humanity battled the alien enemy. Zach leaves his friends and mother, finds out his father is alive, falls in love, conquers the enemy, and loses his father again. The epilogue shows life on earth after the alien attack.