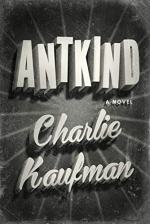 Everything you need to understand or teach Antkind by Charlie Kaufman.

Antkind is the debut novel of filmmaker Charlie Kaufman. The novel follows B. Rosenberg, a middle-aged, generally unsuccessful film critic. One day, B. finds a previously undiscovered film created by a reclusive artist. B. watches the film and believes it to be a masterpiece. However, the film soon becomes destroyed in a fire. B. decides that he must commit himself to remembering the film in perfect detail. As B. proceeds on this quest, he faces many unexpected challenges and occurrence, as the world around him becomes increasingly strange and surreal. The novel explores themes of art, comedy, memory, identity, and isolation.