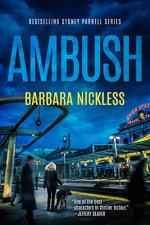 Everything you need to understand or teach Ambush (Sydney Rose Parnell) by Barbara Nickless.

Ambush is the third installment in the Sydney Rose Parnell series by Barbara Nickless. Sydney, a Marine veteran of the Iraq war, was sickened to learn that an ambush that killed many Americans as well as her lover, Dougie Ayers, was ordered by Americans. Determined to bring justice to her fellow Americans and save Malik, an innocent Iraqi boy caught in the middle of a scheme to cover up the truth about the ambush, Sydney sets out to find the mastermind behind the disaster. Themes in the novel include feminine strength, the connection between survivors of war, and justice in life.