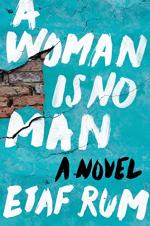 Get A Woman Is No Man from Amazon.com

A Woman Is No Man Summary
Etaf Rum

Everything you need to understand or teach A Woman Is No Man by Etaf Rum.

A Woman Is No Man Overview

Etaf Rum’s novel A Woman is No Man tells the story of three generations of Palestinian-American women in the same family: Isra, Deya, and Fareeda. Isra’s story starts in 1990 as a young woman in Palestine, married off by her parents to live in Brooklyn with her Palestinian husband Adam, and her strict mother-in-law Fareeda. Deya’s story, meanwhile, begins in winter 2008 in Brooklyn. As Deya is now 18, Fareeda, her grandmother, begins to bring her suitors for marriage though Deya wants to go to college first. Rum weaves together the three women’s stories to prove to the reader how women must be empowered to make their own choices, or face disastrous consequences. This novel explores the themes of Fear, A Woman’s Place, and the Power of Books.

The A Woman Is No Man Study Pack contains:

A Woman Is No Man Study Guide